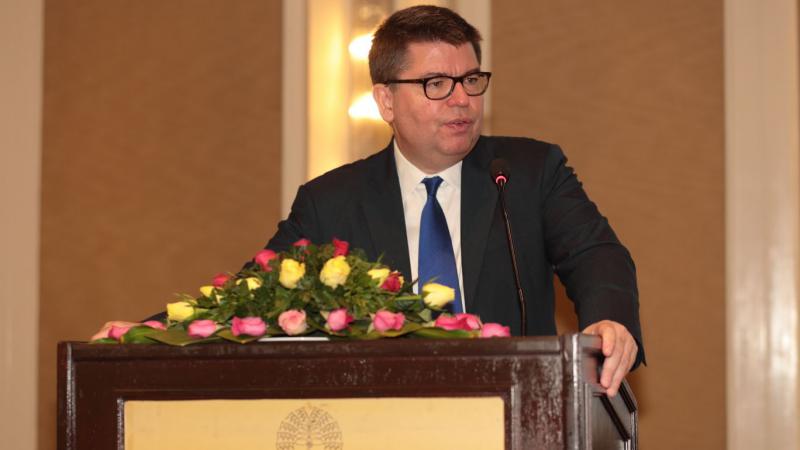 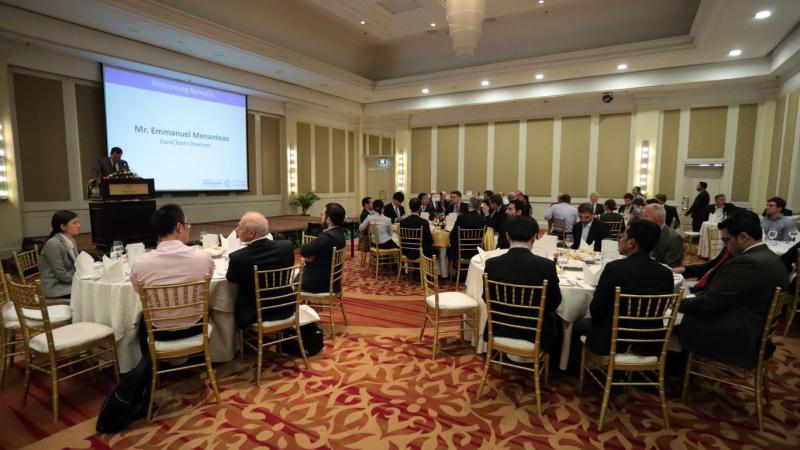 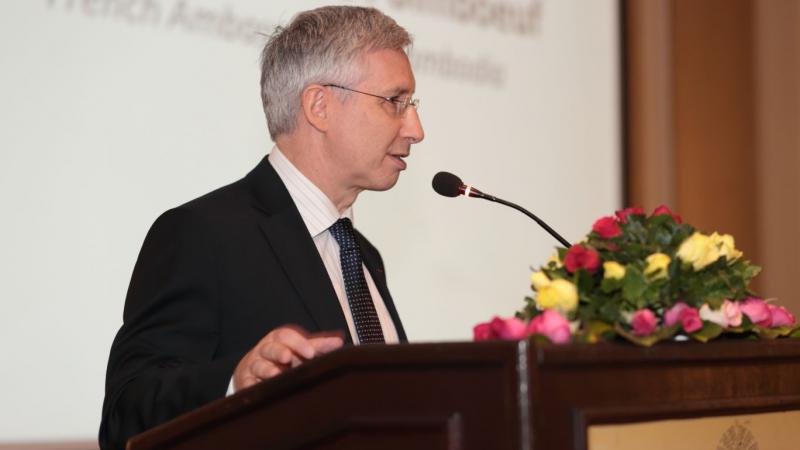 On 2 March 2016, EuroCham and CCIFC co-organized a luncheon with Mr. Bruno Bézard, Director General of the prestigious French Treasury on the topic of “Growth in France and the Strengthening of the European Monetary Union”. The Director General was visiting Cambodia when he was on his way back to Paris form the G20 Finance Ministers and Central Bank Governors Meeting in Shanghai.

Gathering about 60 participants, the event was attended by French Ambassador to Cambodia, Mr. Jean-Claude Poimboeuf who delivered the opening remarks and Chairman of EuroCham, Mr. Emmanuel Menanteau, who gave his welcome remarks.

During the luncheon, Mr. Bézard explained the role of French Treasury, the highest advisory body of the French Government for economic policy formulation, in strengthening Economic and Monetary Union which represented a major step in the integration of EU economy. His presentation also touched upon the coordination of economic and fiscal policies, a common monetary policy, and a common currency, the euro.  After his brief presentation, he leaved to the floor open for as engaging Q&A session with the audience.

More pictures of the luncheon can be found here.