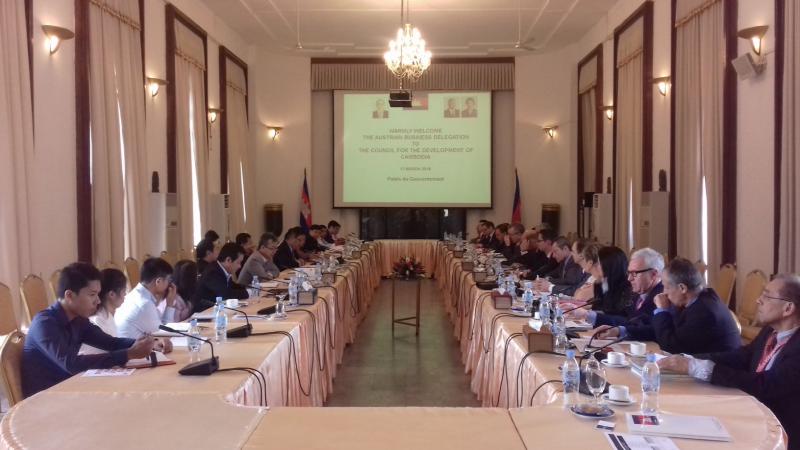 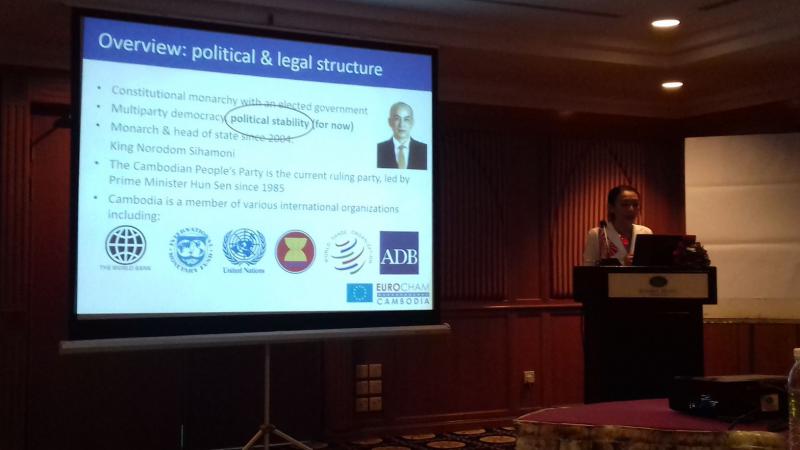 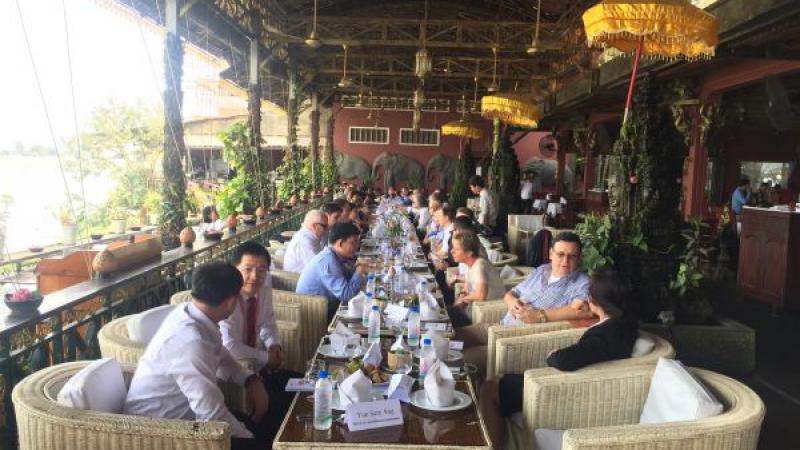 On 17 March 2016, EuroCham assisted Advantage Austria in Thailand in organizing a trade mission for Austrian business delegation interested in gaining insights and expanding into the Cambodian market.
The Austrian delegation was welcomed by senior representative from the Royal Government, H.E Mr. Sok Chenda Sophea, Minister attached to the Prime Minister and Secretary General of the Council for the Development of Cambodia (CDC), and EuroCham Team including Mrs. Ratana Phurik-Callebaut, Executive Director who delivered briefings on Cambodia’s political, economic and regulatory climate.
During the trade mission, EuroCham also facilitated a b2b meeting between the Austrian delegation and members of the local business community in the areas of banking and finance, energy/infrastructure, healthcare, hospitality, real estate and public sector.
The Chamber anticipates organizing more trade missions this year so as to facilitate the entry of European companies as well as increase trade and investment in Cambodia.