With its central location, Raffles Hotel Le Royal has a number of event and banquet venues, from intimate meeting rooms, to opulent ballrooms, to casual garden settings.

The hotel’s restaurants and bars are as iconic as the building itself: A must-see when in Phnom Penh, the Elephant Bar has always been at the forefront of the city’s cocktail culture. The bar features one of the largest gin collections in the country. Pick up a special gift or keepsake as Elephant Bar offers a specially bottled Negroni, created in partnership with Seekers Gin, a local artisan distillery.

The hotel’s fine dining outlet, Restaurant Le Royal has the honourable distinction of serving dishes made from the Palace kitchen’s recipes given to Raffles Hotel Le Royal by Royal Decree. Restaurant Le Royal, arguably the city’s most elegant dining room, also features authentic Gueridon service for lunch and dinner, and on the weekend buffet.

The Monivong Bistro serves as the hotel’s all-day dining venue, and is beloved in the city for its Champagne brunch, available all week. The menu is a mix of traditional local fare and international favourites. At the lobby, the Conservatory is the perfect spot for Afternoon Tea.

Raffles Hotel Le Royal, Phnom Penh’s most exclusive address for generations, has defined luxury hospitality in Cambodia since it opened in 1929. Within easy reach of the Royal Palace, the National Museum, and the confluence of the Mekong and Tonle Sap rivers, Le Royal is not only witness to the city’s history, but is also a symbol of its rebirth into one of Asia’s dynamic and quickly thriving cities.

Raffles Hotel Le Royal’s sprawling compound is set within lush tropical gardens, and built around two Frangipani-fringed swimming pools. A grand statement of Khmer, Art Deco and French Colonial architectural styles, the hotel showcases 175 spacious guestrooms and suites in a compound of five buildings. The original structure in what is called the Heritage Building, with the teak staircase and handrails, high-ceilings, louvered French shutters and ceramic tiles, still reflect the old-world opulence of the 1920s.

In the rich history of Raffles and Le Royal, many an illustrious guest has patronized the hotels, four of whom are paid homage to in “Personality Suites”: Jacqueline Kennedy, Charles de Gaulle, Somerset Maugham, and Andre Malraux. The Balcony Suites, with space situated in the corners, have retained the hotel’s classic French Colonial and Khmer art styles, while the Colonial and Executive Suites have been enhanced with varying residential-type features, such as separate living areas, fully functions kitchens, walk-in closets, and the like.

The Landmark Suites, all found in the Heritage Building, are named in honour of Cambodia’s ancient history. Each suite has one or two bedrooms and a spacious living room decorated with original antiques and artwork. Highlights include a sleigh bed, marble bathrooms with the original claw-footed bathtub and separate bath and a Juliet balcony. Two bedroom suites are available with the addition of an adjoining Landmark Twin Room.

The hotel’s restaurants and bars are as iconic as the building itself: A must- see when in Phnom Penh, the Elephant Bar has always been at the forefront of the city’s cocktail culture, while Restaurant Le Royal has the honourable distinction of serving dishes made from the Palace kitchen’s recipes given to Raffles Hotel Le Royal by Royal Decree.

From the opening presided over by HM Sisowath Monivong on 20 November 1929, to the Ambassadorship of the Princess Norodom Chansita today, The Hotel Le Royal has always nurtured a close relationship with the Royal Palace. Murals found in Restaurant Le Royal and Elephant Bar were painted by royal palace painters, and the uniforms of the doormen that correspond to the days of the week as with the Royal Palace.

Currently undergoing a phased restoration, Raffles Hotel Le Royal continues to lead the way in providing luxury hospitality in the modern world, while maintaining the charm that earned it the title of Grand Dame.

Through it all, Raffles Hotel Le Royal remains an oasis in the heart of a growing metropolis, steeped in history and promise. 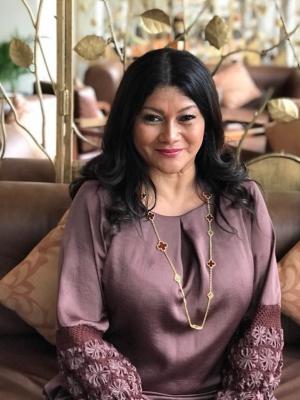 A Musical Soirée Under The Stars